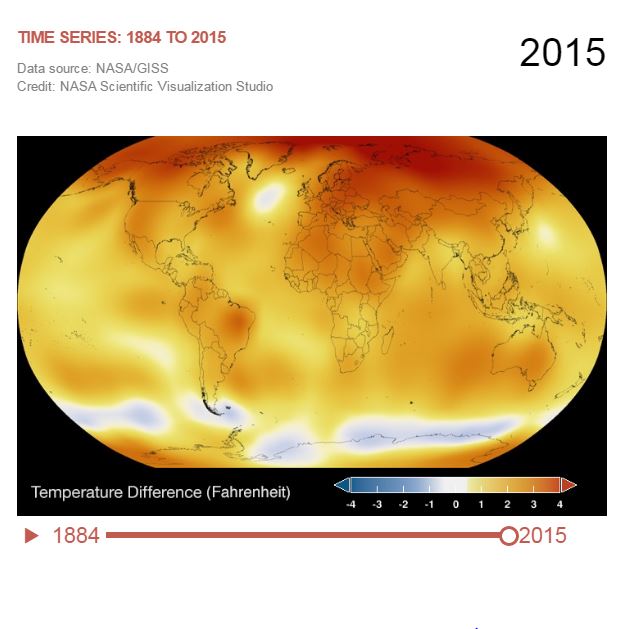 Recent political events and the proliferation of “fake news” and the apparent futility of fact checking in the public domain have led me to obsess about the role played by the public presentation of science. “Truth” can often trump reality, or perhaps better put, passionately held beliefs can overwhelm a circumspect worldview based on a critical and dispassionate analysis of empirically established facts and theories. Those driven by various apocalyptic visions of the world, whether religious or political, can easily overlook or 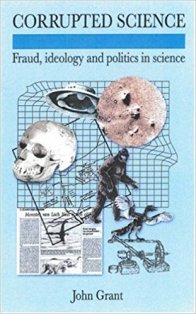 trivialize evidence that contradicts their assumptions and conclusions. While historically there have been periods during which non-empirical presumptions are called into question, more often than not such periods have been short-lived. Some may claim that the search for absolute truth, truths significant enough to sacrifice the lives of others for, is restricted to the religious, they are sadly mistaken – political, often explicitly anti-religious  movements are also susceptible, often with horrific consequences, think Nazism and communist-inspired apocalyptic purges. The history of eugenics and forced sterilization based on flawed genetic and ideological premises have similar roots.

Given the seductive nature of belief-based “Truth”, many turned to science as a bulwark against wishful and arational thinking. The evolving social and empirical (data-based) nature of the scientific enterprise, beginning with guesses as to how the world (or rather some small part of the world) works, then following the guess’s logical implications together with the process of testing those implications through experiment or observation, leading to the revision (or abandonment) of the original guess, moving it toward hypothesis and then, as it becomes more explanatory and accurately predictive, and as those predictions are confirmed, into a theory.  So science is a dance between speculation and observation. In contrast to a free form dance, the dance of science is controlled by a number of rigid, and oppressive to some, constraints [see Feynman &  Rothman 2020. How does Science Really work].

Perhaps surprisingly, this scientific enterprise has converged onto a small set of over-arching theories and universal laws that appear to explain much of what is observable, these include the theory of general relativity, quantum and atomic theory, the laws of thermodynamics, and the theory of evolution. With the noticeable exception of relativity and quantum mechanics, these conceptual frameworks appear to be compatible with one another. As an example, organisms, and behaviors such as consciousness, obey and are constrained by, well established and (apparently) universal physical and chemical rules.

A central constraint on scientific thinking is that what cannot in theory be known is not a suitable topic for scientific discussion. This leaves outside of the scope of science a number of interesting topics, ranging from what came before the “Big Bang” to the exact steps in the origin of life. In the latter case, the apparently inescapable conclusion that all terrestrial organisms share a complex “Last Universal Common Ancestor” (LUCA) makes theoretically unconfirmable speculations about pre-LUCA living systems outside of science.  While we can generate evidence that the various building blocks of life can be produced abiogenically (a process begun with Wohler’s synthesis of urea) we can only speculate as to the systems that preceded LUCA.

Various pressures have led many who claim to speak scientifically (or to speak for science) to ignore the rules of the scientific enterprise – they often act as if their are no constraints, no boundaries to scientific speculation. Consider the implications of establishing “astrobiology” programs based on speculation (rather than observations) presented with various levels of certainty as to the ubiquity of life outside of Earth [the speculations of Francis Crick and Leslie Orgel on “directed panspermia”: and the psuedoscientific Drake equation come to mind, see Michael Crichton’s famous essay on Aliens and global warming]. Yet such public science pronouncements appear to ignore (or dismiss) the fact that we know, and can study, only one type of life (at the moment), the descendants of LUCA. They appear untroubled when breaking the rules and abandoning the discipline that has made science a powerful, but strictly constrained human activity.

Whether life is unique to Earth or not requires future explorations and discoveries that may (or given the technological hurdles involved, may not) occur. Similarly postulating theoretically unobservable alternative universes or the presence of some form of consciousness in inanimate objects [an unscientific speculation illustrated here] crosses a dividing line between belief for belief’s sake, and the scientific – it distorts and obscures the rules of the game, the rules that make the game worth playing [again, the Crichton article cited above makes this point]. A recent rather dramatic proposal from some in the physical-philosophical complex has been the claim that the rules of prediction and empirical confirmation (or rejection) are no longer valid – that we can abandon requiring scientific ideas to make observable predictions [see Ellis & Silk]. It is as if objective reality is no longer the benchmark against which scientific claims are made; that perhaps mathematical elegance (see Sabine Hossenfelder’s Losts in Math) or spiritual comfort are more important – and well they might be (more important) but they are outside of the limited domain of science. At the 2015 “Why Trust a Theory” meeting, the physicist Carlo Rovelli concluded “by pointing out that claiming that a theory is valid even though no experiment has confirmed it destroys the confidence that society has in science, and it also misleads young scientists into embracing sterile research programs.” [quote from Massimo’s Pigliucci’s Footnotes to Plato blog].

While the examples above are relatively egregious, it is worth noting that various pressures for glory, fame, and funding can to impact science more frequently – leading to claims that are less obviously non-scientific, but that bend (and often break) the scientific charter. Take, for example, claims about animal models of human diseases. Often the expediencies associated with research make the use of such animal models necessary and productive, but they remain a scientific compromise. While mice, rats, chimpanzees, and humans are related evolutionarily, they also carry distinct traits associated with each lineage’s evolutionary history, and the associated adaptive and non-adaptive processes and events associated with that history. A story from a few years back illustrates how the differences between the immune systems of mice and humans help explain why the search, in mice, for drugs to treat sepsis in humans was so relatively unsuccessful [Mice Fall Short as Test Subjects for Some of Humans’ Deadly Ills]. A similar type of situation occurs when studies in the mouse fail to explicitly acknowledge how genetic background influences experimental phenotypes [Effect of the genetic background on the phenotype of mouse mutations], as well as how details of experimental scenarios influence human relevance [Can Animal Models of Disease Reliably Inform Human Studies?].

Speculations that go beyond science (while hiding under the aegis of science – see any of a number of articles on quantum consciousness) – may seem just plain silly, but by abandoning the rules of science they erode the status of the scientific process.  How, exactly, would one distinguish a conscious from an unconscious electron?

In science (again as pointed out by Crichton) we do not agree through consensus but through data and respect for critical analyzed empirical observations. The laws of thermodynamics, general relativity, the standard model of particle physics, and evolution theory are conceptual frameworks that we are forced (if we are scientifically honest) to accept. Moreover the implications of these scientific frameworks can be annoying to some; there is no possibility of a “zero waste” process that involves physical objects, no free lunch (perpetual motion machine), no efficient, intelligently-designed evolutionary process (just blind variation and differential reproduction), and no zipping around the galaxy. The apparent limitation of motion to the speed of light means that a “Star Wars” universe is impossible – happily, I would argue, given the number of genocidal events that appear to be associated with that fictional vision – just too many storm troopers for my taste.

Whether our models for the behavior of Earth’s climate or the human brain can be completely accurate (deterministic), given the roles of chaotic and stochastic events in these systems, remains to be demonstrated; until they are, there is plenty of room for conflicting interpretations and prescriptions. That atmospheric levels of greenhouse gases are increasing due to human activities is unarguable, what it implies for future climate is less clear, and what to do about it (a social, political, and economic discussion informed but not determined by scientific observations) is another.

As we discuss science, we must teach (and continually remind ourselves, even if we are working scientific practitioners) about the limits of the scientific enterprise. As science educators, one of our goals needs to be to help students develop an appreciation of the importance of an honest and critical attitude to observations and conclusions, a recognition of the limits of scientific pronouncements. We need to explicitly identify, acknowledge, and respect the constraints under which effective science works and be honest in labeling when we have left scientific statements, lest we begin to walk down the path of little lies that morph into larger ones.  In contrast to politicians and other forms of religious and secular mystics, we should know better than to be seduced into abandoning scientific discipline, and all that that entails.