One of our favorite guest contributors, John Romano is back to Sci-Ed! This week he tells us another story from his classroom, where he teaches science to high school kids.

I am 35 years old and there is not a day that goes by where I don’t secretly fantasize about the ability to regenerate body parts combined with an adamantium fused skeleton with retractable claws at my disposal. In fact I was told when being knocked out for a medical procedure that I grabbed the IV in my arm and yelled “I will not be part of your Weapon X project!”

I have a very vivid imagination. 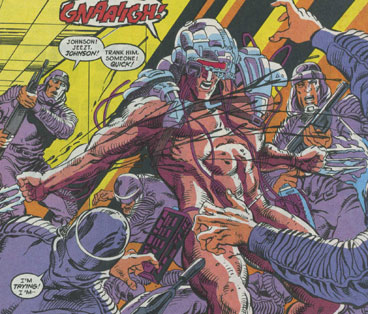 Like most scientists I reveled at an early age in science fiction, from comic books to movies, the fictional world of science fueled my drive for science reality. I would love to say that my early hunger for science was fed by the need to make the world a better place, but I would be lying. No, my middle school years were fueled by something much greater. The dream of riding a triceratops to school….preferably to Professor Xavier’s School for Gifted Children.

I was a mere 12 years old when Jurassic Park was first published. I was 13 when I finally read it, and I was 15 when it appeared on the big screen. Genetics was not mainstream and DNA was not quite yet a household term. But my parents knew of it, and they were not even scientists, my mom an insurance agent and my dad a heavy equipment operator, had about as much interest in DNA as I did in mortgage rates. They knew of it because I couldn’t shut up about cloning and the methods that will one day allow me to ride “Tank” (the name I bequeathed upon my yet cloned triceratops transport) to work. I was realistic, I knew I would be well out of school before this dream was a reality.

The topic of using sci-fi, storytelling, and fiction for teaching science was brought up before by Sci-Ed contributor Atif Kukaswadia; and Sci-Ed’s Cristina Russo mentioned using Jurassic Park in her classroom. My first foray into teaching science through science fiction came 10 years ago. I discovered that when teaching genetics and human applications the material was slightly interesting at best to a 15-17 year old. Curing and predicting disease meant very little to an age group that does not fear cancer, alzheimers, or cystic fibrosis. While the X-Men were cool they drifted too far into the waters of pure fiction.

Then I remembered the single greatest genetic engineering movie of all time. 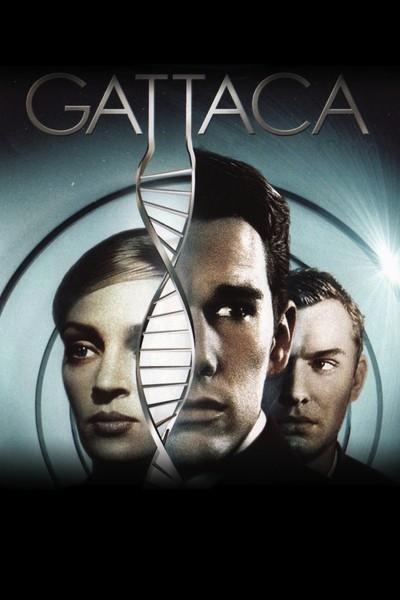 Gattaca  was written and directed by Andrew Niccol, and starred Jude Law, Ethan Hawk, and Uma Thurman. The film was held in high esteem by critics but received little response from the public.  It explored a futuristic world where genetically engineered humans overlapped with those born of chance, or  “faith births” as they were called. A society where your double helix determined your career and success, where they have “…discrimination down to a science.”

(Pardon the cheesy mid-nineties narration, it is not indicative of the movie.)

I would give the students impassioned speeches about how in their lifetime choices will be made about the ethics of engineering better humans, how they will be the ones to decide on humanity’s fate as a species.

Then I would show them Gattaca, and a class seemingly indifferent to the ethics of genetic engineering became polarized into a class at odds. Those for it and those against it. Debates developed and through these debates research into the subject matter. Students having seen a possible future through a fictitious movie became motivated to learn the details. The biggest response was to the question “Would you engineer your child if you could?” The class was very polarized, on one extreme you had students who believed you should be able to engineer with freedom, others only for health, and a few believed there should be no engineering at all.

Every year for the last decade I show Gattaca to my classes. I have roughly seen it 40 times. It is a beautiful movie that is arguably a decade before its time. What makes this movie relevant to the students is that every year I watch the movie I notice more and more of it coming true. The ability to predict genetic diseases is giving way to the ability to eradicate genetic diseases. The ability to tell who someone is by their double helix, although basic, is here. Even my wife and I have purchased 23andMe kits to decipher our genetic origins.

Through the power of social media I am still in contact with students who I have taught in the last decade, often times I get a post or message about how the students saw a news report, advertisement, or medical story that took them right back to the movie Gattaca. That because we watched this movie they already had a foundation of knowledge into the science that was being discussed and could make a sound judgement on how they felt about it. 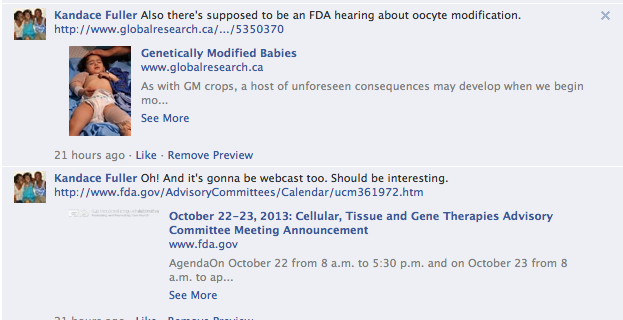 This might be one the strongest responses I have seen. I sort of have mixed emotions about this because most of my students make fun of how excited I get about photosynthesis, but this proves the strength of the film on the long term memory.

We forget, those of us who have an innate love of science, that not all people want to cannonball into the deep end of the science pool.  Some people want to wade through the shallow end just enough to cool off, not completely immerse themselves in it. Movies and books like Jurassic Park and Gattaca are just the hook that can get people to want to swim further out and explore deeper into a life of science.

The trick is, never save anything from the swim back.